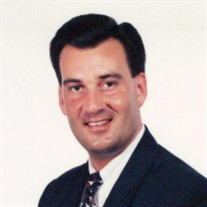 Mr. Thomas A. Marley, Jr., 58, of Pittsfield, passed away unexpectedly on Sunday, March 6, 2022. Born in Pittsfield MA, on July 25, 1963, the son of Thomas A. and Carol Chevrette Marley, he was a lifelong resident of Pittsfield and graduated from the Taconic High School Carpentry Course with the class of 1981. In 1978, Thomas went to work for the former Adams Supermarket on West Street, and later on Williams Street, until its closing in 1984. In 1985, he went to work for the Pittsfield Public School Maintenance Department at the former Westside Community School. There he was a member of the Westside Community School Neighborhood Advisory Council. He was also a member of the Western Mass Junior Achievement Program, where he also taught. In 1988, Tom was awarded for his outstanding commitment to young men and women for excellence and teaching students investments in stock buying and selling. In 1990, he went to Crosby Elementary School, from where he retired in 2000 from a work-related disability. During the 1980s and 90s, he was Tom was a driver for Dwyer Funeral Home, and later an apprentice at Devanny-Condron Funeral Home. Among many things, he was a diehard Dallas Cowboy fan. He enjoyed antique cars, having his own 1960 Cadillac, which won many shows. Thomas was a communicant of St. Mark’s Church. Besides his parents, Thomas is survived by his sister, Marleen Knysh and her husband, Peter, of Pittsfield, as well as his niece Marley Chase and her husband James, of Stoneham, MA. Tom will always be remembered for his kindness and generosity that he so well-known for by all who loved him. Funeral Notice: Funeral services for Mr. Thomas A. Marley, Jr., will be private, with a burial to follow at Pittsfield Cemetery. In lieu of flowers, donations in his memory can be made to the American Diabetes Association, in care of the Dwyer Funeral Home. Please visit www.dwyerfuneral.com to leave condolences and remembrances.

Mr. Thomas A. Marley, Jr., 58, of Pittsfield, passed away unexpectedly on Sunday, March 6, 2022. Born in Pittsfield MA, on July 25, 1963, the son of Thomas A. and Carol Chevrette Marley, he was a lifelong resident of Pittsfield and graduated... View Obituary & Service Information

The family of Mr. Thomas A. Marley, Jr. created this Life Tributes page to make it easy to share your memories.

Send flowers to the Marley, family.