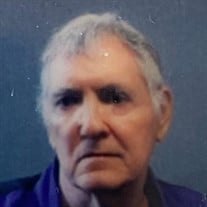 Mr. Walter “Butch” Sayers, Jr., passed away on Thursday, January 20, 2022, shortly after celebrating his 75th birthday. Born in Pittsfield, MA, on December 24, 1946, the son of the late Walter and Rose Belfari Sayers, he graduated Pittsfield High School. Walter later graduated from Berkshire Community College, where he studied Environmental studies and then from North Adams State College. Mr. Sayers enlisted in the United States Navy, where he proudly served his country until 1964. After his time in the military, Walter worked in the environmental management department for the Pittsfield State Forest. It was from there he retired in 1985 after many years of dedicated service. Among many things, Butch loved being outdoors, especially when hiking, hunting, and camping. He enjoyed a good game of Bingo, and never refused an invitation to play Keno. Walter is survived by his beloved wife of nearly 36 years, the former Janice Cole, whom he married on June 21, 1986. He leaves behind his sons, James Walger, Michael E. Sayers, and William D. Sayers, as well as 7 grandchildren and 4 greatgrandchildren. Walter is survived by his step-children, Laura Miller, Colleen Moro, and Aaron Winchell as well as his siblings, Linda Sayers Watson, James Sayers, and Patricia Mathes. Besides his parents, he was predeceased by his stepson, Edward M. Winchell. Funeral Notice: Funeral services for Mr. Walter “Butch” Sayers, Jr., will be Friday, January 28, 2022, at 11 a.m. at the Dwyer Funeral Home, 776 North Street, Pittsfield MA 01201. Due to the recent rise in Covid cases, to best ensure everybody’s health, all who attend this service will be required to wear a face mask. For those who are unable to attend, a live webcast of the service can be seen at http://www.dwyerfuneral.com/obituaries/permalink/10344025/LTWebcast In lieu of flowers, donations in Walter’s memory can be made to Soldier On, 360 W. Housatonic Street, Pittsfield MA 01201.

The family of Walter "Butch" Sayers, Jr. created this Life Tributes page to make it easy to share your memories.

Send flowers to the Sayers, family.