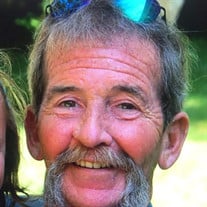 William F. Herman, Jr. of Dalton, MA passed away on Thursday, September 26, 2019, surrounded by loved ones after a 20-month duel with lung cancer. Born in Pittsfield, MA on July 1, 1948, he was the son of the late William F. Sr. and Jeannette Archey Herman. A 1966 graduate of St. Joseph Central Catholic High School in Pittsfield, Bill attended Connecticut Central State College and North Adams State College. At St. Joseph, he played varsity basketball and baseball and was tri-captain in baseball during his senior year. Bill was married in 1968 to the love of his life, the late Linna Kelly, also a 1966 graduate of St. Joseph. They moved to Dalton, MA where they raised their three children. Bill lived a simple life and was devoted to taking care of his family. A veteran of the United States Army, he served in Korea as Military Police Officer. Upon returning to Pittsfield, he worked briefly for Hostess before embarking on a long career at the United States Postal Service, where he was employed until his retirement in 2011. After retiring Bill devoted much of his time to his father, his maternal aunt Mary Goodrich, Linna’s mother, Elaine, and her husband Perry Whitman. He would bring them Hershey kisses and sit with them for hours entertaining them with his stories. Besides devotion to his family Bill enjoyed shooting the s**t with his friends, splitting wood for the stove, competitive running, and most sports (especially baseball.) He started his baseball career in the Pittsfield East Little League. He continued playing baseball and enjoying various other activities with the 8 Balls, including his lifelong best friend Bud Reddington, at Springside Park. He was an avid fan of the San Francisco Giants, his favorite player being Willie Mays. Bill was an accomplished runner. His training partners, the Saturday Morning Coffee Club, became some of his closest friends. For many years they ran together ending up at the luncheonette on Elm St. They continued getting together for coffee (and Coke for Bill) on Saturday mornings long after their running careers ended. He competed in numerous races throughout New England and completed 30 of the 32 marathons he entered in various locations all over the country. Bill’s nieces and nephews often turned to him for advice as they began their own running careers. Bill had a sense of humor that could sometimes be considered inappropriate. He almost always had a story to tell about some unusual predicament he recently endured. He loved to entertain his family and closest friends by sending his own original birthday and holiday cards, which they all looked forward to with great anticipation. He also took great pleasure in bringing an assortment of funny hats for the adults and noisy toys for the children to family gatherings. Bill was a big brother, big brother-in-law, good friend, teammate, co-worker, godfather, favorite uncle, legendary grandfather, father, and husband. He took great pride in the accomplishments of his children, son-in-law, and grandchildren, all of whom he loved spending time with. Throughout his life Bill was always quietly lending a helping hand to his family, friends, and neighbors on Greenridge Drive. The past year and a half he was humbled and grateful that his kindness was repaid when he needed assistance. He is survived by his children Kelly (Christopher) Gould, Dennis Herman, and Jeanette Herman; his grandchildren, Dominic, Cameron, Natalie, and Kristina Gould, Lorelei and Shamus Herman, and Willa Mae Copperthite. Survivors also include his stepmother Kathy, siblings Michael (Mary Gay), Patrick, Mary Wheeler, Theresa (Mark) Wituszinski, Christopher (Marge) Adorno, Lisa (Rich) DiMaria, and Matthew; many nieces and nephews, grandnieces and nephews, the entire Kelly clan, and his beloved kitty Miss Amelia. Bill was predeceased by his parents, Linna, and his brother-in-law William Wheeler Sr. He was a truly special person and will be greatly missed. Bill’s family would like to thank the Staffs at Hillcrest Cancer Center and Kimball Farms Nursing Care Center for the loving care he received these past months. Funeral Notice: Funeral services for Mr. William Herman will be Monday, October 7, 2019, with a Liturgy of Christian Burial at 10 a.m. at St. Charles Church celebrated by the Rev. Peter Naranjo. Casual attire, whether it’s your favorite Hawaiian shirt or running shoes, is encouraged. In lieu of flowers, donations may be made to Hospice Care of the Berkshires in care of Dwyer Funeral Home, 776 North Street, Pittsfield, MA 01201. Please visit www.dwyerfuneral.com to leave condolences and remembrances.

William F. Herman, Jr. of Dalton, MA passed away on Thursday, September 26, 2019, surrounded by loved ones after a 20-month duel with lung cancer. Born in Pittsfield, MA on July 1, 1948, he was the son of the late William F. Sr. and Jeannette... View Obituary & Service Information

The family of Mr. William F. Herman Jr. created this Life Tributes page to make it easy to share your memories.

Send flowers to the Herman family.