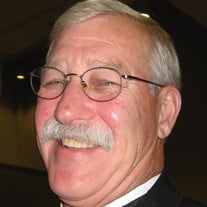 William “Bill” Rhorer, 70, of Hinsdale, passed away peacefully at his home on Wednesday, February 16, 2022, surrounded by his loving family. Born in Washington, DC, on October 13, 1951, the son of the late Glen and Verna Ochs Rhorer, he graduated from TC Williams High School in Alexandria, VA, home of the Titans (“Remember the Titans”), and later earned his Bachelor of Science degree in Physics from Bridgeport University in Bridgeport, CT. A longtime resident of Dalton, Bill worked at General Electric and General Dynamics in Pittsfield as an Engineer and Program Manager from 1974 until 2001. He was later a Director at Charles Stark Draper Labs in Cambridge, where he dedicated 14 years of service, from 2001 until his retirement in 2015, residing in Milford. Bill was an avid athlete and Boston sports fan – you name it, he loved it: football, basketball, softball, golf, biking (especially his trips to the Kinney Camp in Plainfield with the Mountain Grunts), skiing, bowling, and watching his daughter Allison play rugby. Bill also had a great passion for music and played trombone and harmonica. Whether he was watching his daughter Courtney perform musical theatre, attending his daughters’ and grandkids’ sporting events, or camping with the family, Bill lit up each and every time he had the opportunity to spend time with his loved ones. An Eagle Scout, he loved nature, photography, and animals, especially his beloved pets. He was a well-rounded traveler, enjoying many trips with his family, especially Ochs Family Reunions in Kansas and golf trips to Hilton Head Island, SC. Bill always loved a captive audience for his stories and jokes, especially “Diesel Fitter” and “Men from Maine” and retelling his Pop’s best ones. William is survived by the love of his life, his wife of almost 46 years, the former Paula Kinney, whom he married on October 16, 1976. He leaves behind their two children, Allison Veneziano and husband Mark, of Marlborough, and Courtney Rhorer-Keith and husband Travis, of Easthampton, as well as four grandchildren, Lucas and Levi Veneziano and Kenna and Leo Rhorer-Keith. He also leaves his beloved brother, Bob Rhorer and wife Susan of Gales Ferry, CT, and is fondly remembered as “UB” to several nieces, nephews, and cousins. Funeral Notice: Funeral services for William “Bill” Rhorer will be Friday, March 4, 2022, at 1pm at the First Congregational Church in Dalton. Calling hours will be Thursday, March 3, 2022, from 4pm to 6pm at the Dwyer-Wellington Funeral Home, 525 Main Street, Dalton MA 01226. In lieu of flowers, donations in his memory can be made to Hospice Care in the Berkshires or Pancreatic Cancer Action Network. To view Bill's service virtually, please visit: http://www.dwyerfuneral.com/obituaries/permalink/10390835/LTWebcast

The family of Mr. William "Bill" Rhorer created this Life Tributes page to make it easy to share your memories.

Send flowers to the Rhorer family.